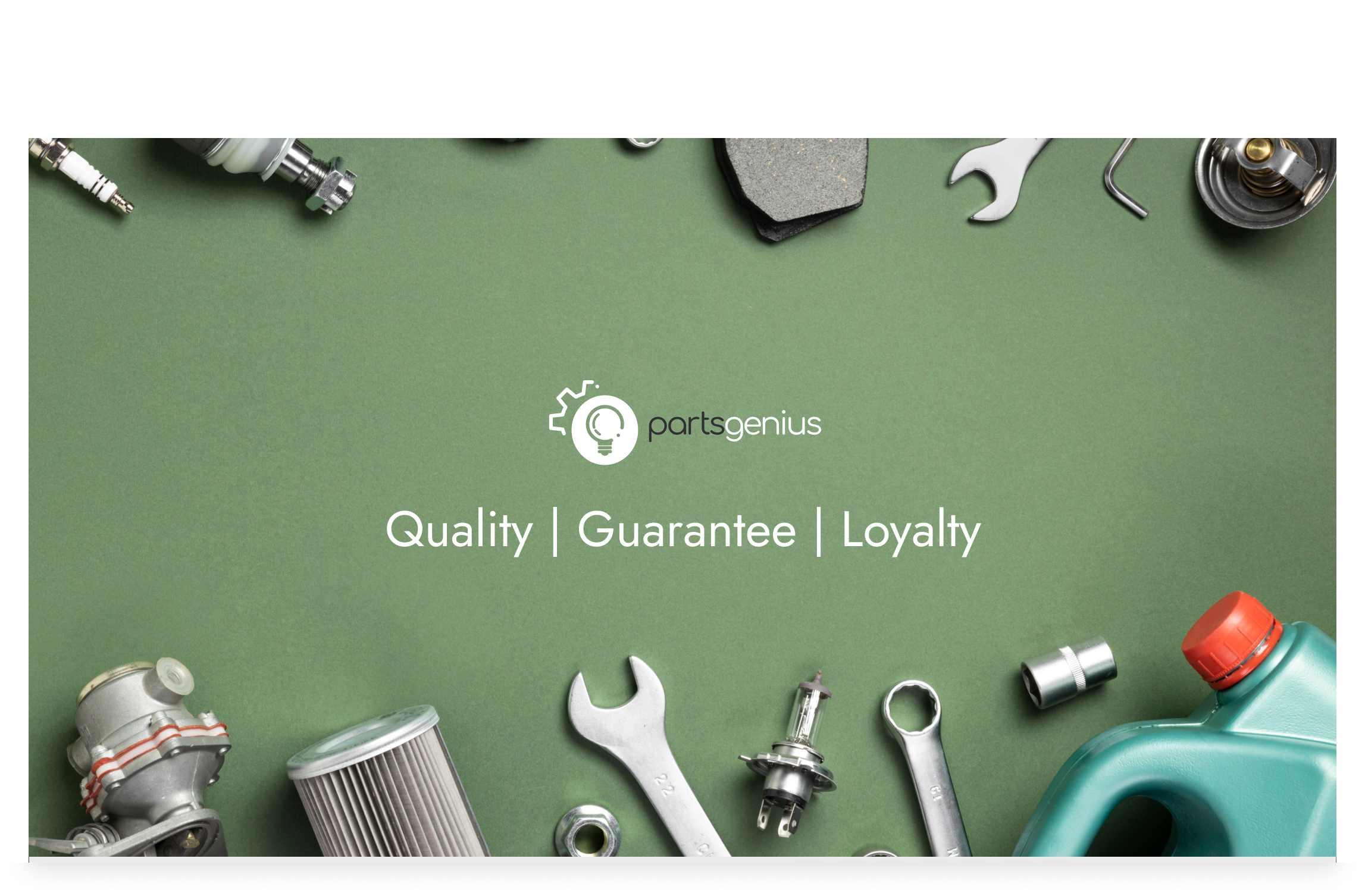 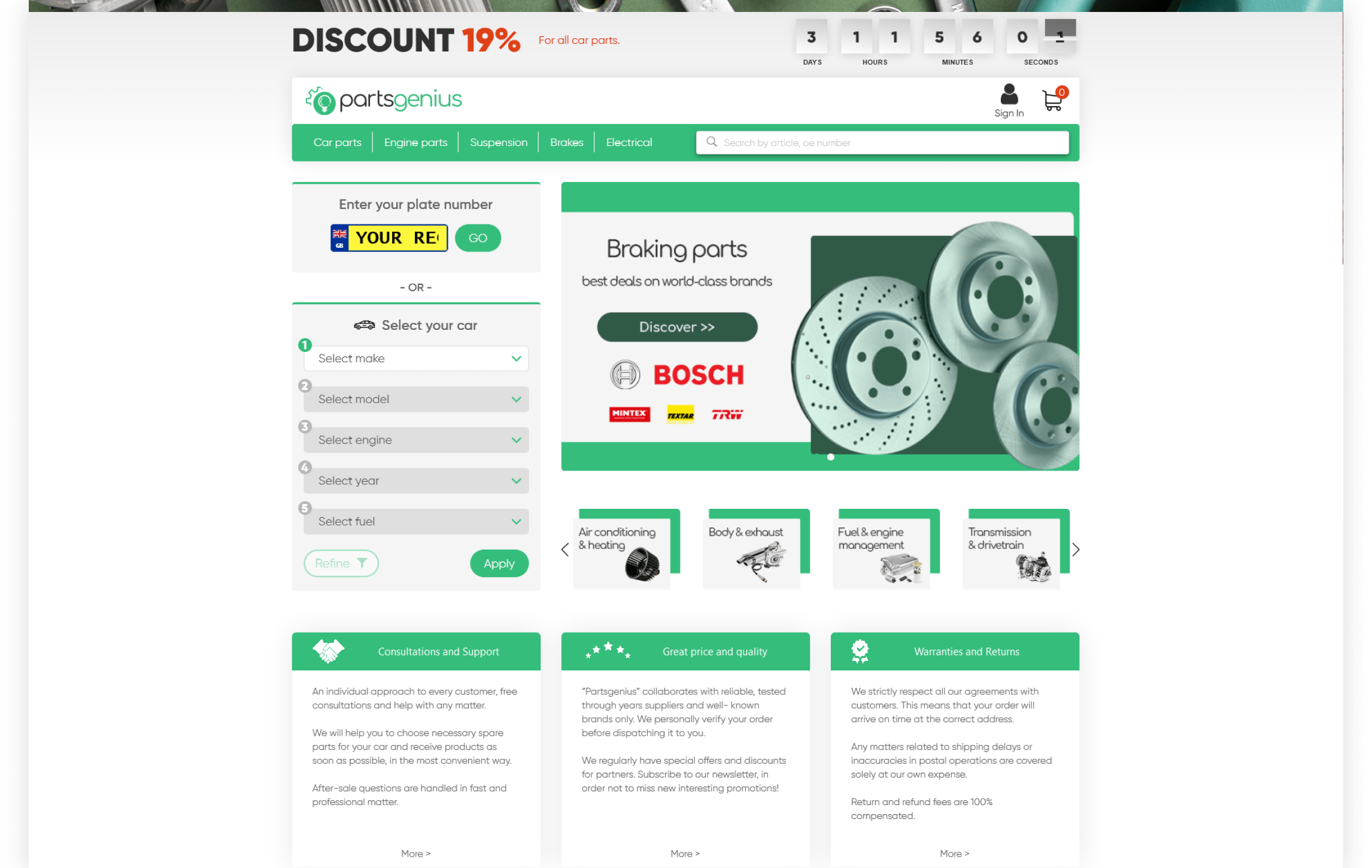 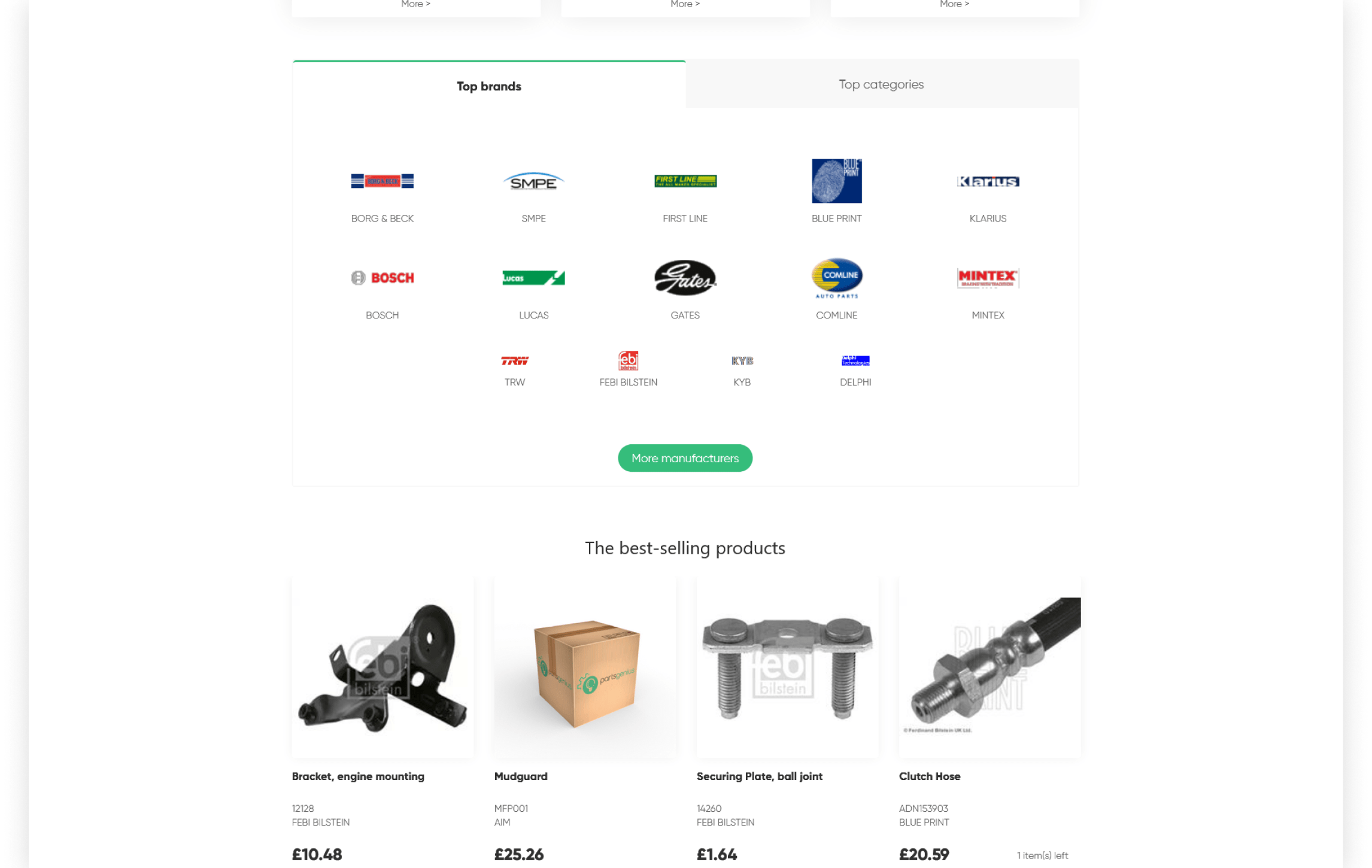 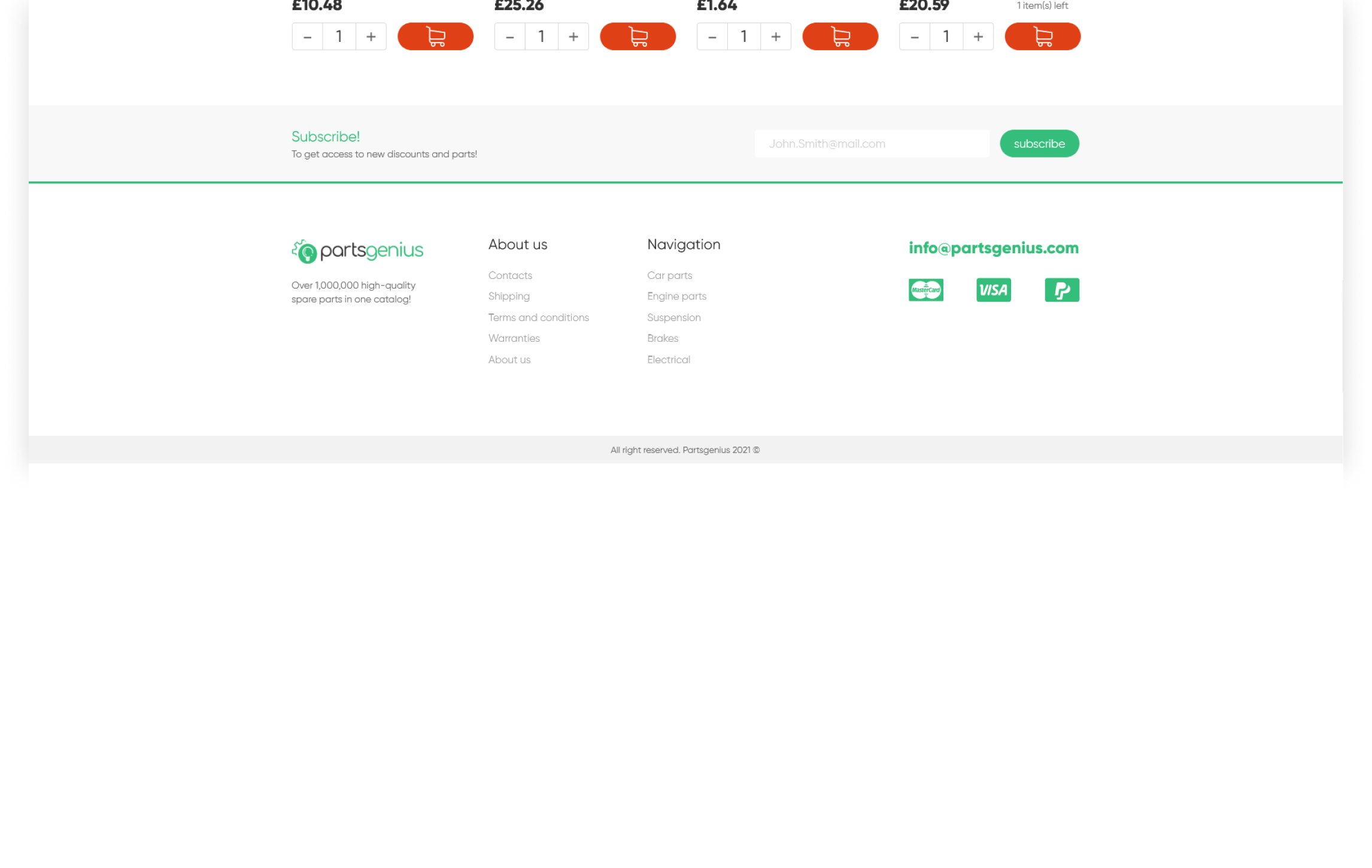 Parts Genius is an online auto parts store, the main direction of which is the provision of a full range of services for the selection, sale and delivery of car parts throughout the UK, as well as Central and Western Europe.

Laravel is released under the MIT license. A modern choice for the advanced company. PHP framework with high security and improved performance. It allows developers to build high quality, customized websites pretty quickly from scratch, while still making them quite flexible and feature rich. As a result, you will definitely receive an individual product with unlimited functionality.

Learn more about Laravel by reading our article.

jQuery is a JavaScript library designed to simplify HTML DOM tree traversal and manipulation, as well as event handling, CSS animation, and Ajax.

It is the standard markup language for documents designed to be displayed in a web browser. It can be assisted by technologies such as Cascading Style Sheets (CSS) and scripting languages such as JavaScript.

It is a style sheet language used for describing the presentation of a document written in a markup language such as HTML.

It is an open-source model–view–viewmodel front end JavaScript framework for building user interfaces and single-page applications.

JavaScript (JS) is a programming language that conforms to the ECMAScript specification.[9] JavaScript is high-level, often just-in-time compiled, and multi-paradigm.

PHP is a general-purpose scripting language used extensively for developing web applications. A popular web development language used to create web projects of any complexity. Interaction with databases (for example, data about goods in an online store), processing data from forms of communication or registration on the site, etc. Works perfectly and blends with the Laravel framework.

A tag management system (TMS) that allows you to quickly and easily update measurement codes and related code fragments, collectively known as tags, on your website or mobile app.